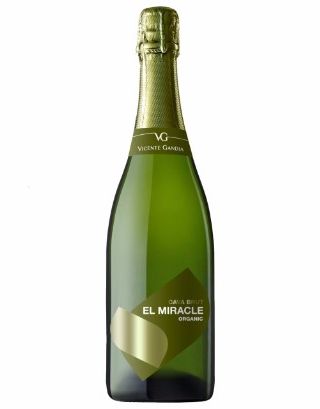 Straw yellow colour, with elegant and persistent bubbles. Clean and fruity aroma with prominent citrus character and an undertone of floral notes. The full bodied Chardonnay offers a magnificent presence on the palate, dry but at the same time fruity, and a lingering aftertaste with very well balanced carbonic gas.

Organically produced cava is a natural product, cultivated in such way to ensure the highest levels of quality, whilst also respecting the environment. Thus, the cultivation of the vines does not involve the use of any artificial product that could damage the land. Likewise, ecological regulations regarding wine production limit the use of sulphates by 50%. This wine is made from organically grown grapes and has spent 15 months ageing in cellar.

The wine formerly known as ‘Spanish Champagne’, Cava really does have its origins firmly founded in the traditional methods of Champagne production in France.  Now, with laws introduced preventing sparkling wine produced outside of the region being called Champage, and of course, with a fair bit of Spanish pride, we sing out Cava!!  Meaning ‘cave’,  Cava was first produced around 150 years ago by wine maker Joseph Raventos, is a worthy alternative to its better known French relative!