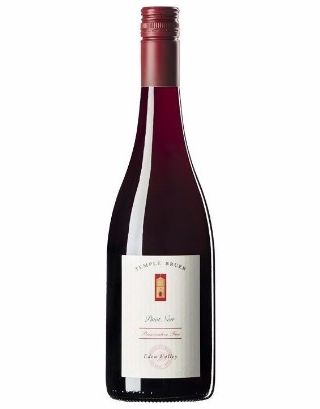 Michelle says: "The Temple Bruer Preservative Free Pinot Noir is one of our bestsellers. It ticks all the boxes; organic, preservative free, vegan friendly and well made from quality fruit."

This organically grown Pinot Noir from Eden Valley is a light ruby red in colour and is vibrant with flavours of cherry, spearmint and spice layered with bright strawberry and rhubarb flavours from blending with McLaren Vale Pinot Noir. This wine shows delicate tannins and purity of fresh varietal characters. CELLAR POTENTIAL 2019

VINEYARD
At Eden Valley there was a very light crop of most varieties, which produced some exceptional Pinot Noir. Eden Valley had a relatively cool vintage, and a dry spring. The disease pressure was low.

WINEMAKING
Slow ripening was encouraged by the cool nights of Eden Valley. Hand crafting in the winery have brought out exceptional flavour without adding preservatives. Fermentation was conducted in two separate parcels adding complexity to the final wine. The first parcel was picked on the 16h February from McLaren Vale, the second parcel was picked on the 21st of February which was fermented and fermentation lasted for approx. 10 days. The wine underwent malo-lactic fermentation, and was bottled on the 14th of May 2015.