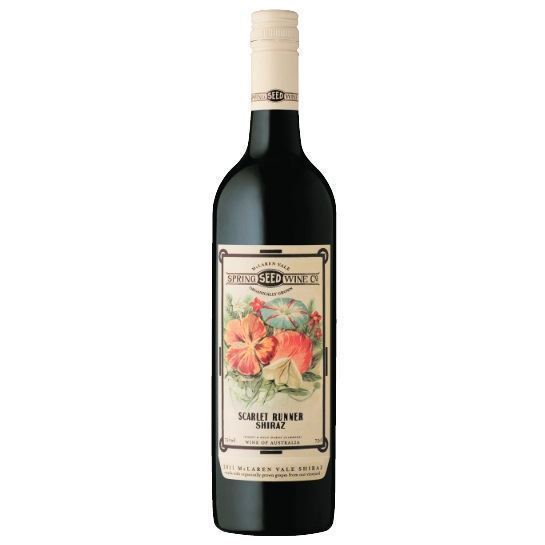 This is such a delicious shiraz showing off all the lovely characters which McLaren Vale is well known and loved for, a bright nose of berry and spice, a wonderful structured palate and a long satisfying finish.

Try with old school Boeuf Bourguignon – and depending on how much you’ve got of the Scarlet Runner, you could use it as the red wine component of the recipe!
The Story

Vintage 2016: We had a very dry spring leading up to vintage 2016 and it was windy, too. We expect windy conditions in Willunga, but this was pretty intense. October and December were both pretty warm, whereas November was mild. Very healthy crops were recorded across all varieties in McLaren Vale. We had a huge downpour at the end of January a few days before the whites were due to be picked; this kind of weather event tends to give Joch a sense of tightening around the left chest area, neck and sometimes down the arm. However this 50mm downpour succeeded in refreshing the vines, giving us a few more days before picking and bringing the lawns back from the brink. February was mild with cool nights and March provided pretty good picking conditions, give or take a few warm days.

WINEMAKING: We could never be accused of re-inventing the wheel here, when it comes to winemaking. Tried and tested methods tend to win out most of the time, with some exceptions. We picked the Shiraz grapes when they reached optimum ripeness and flavour. They were gently pressed and then transferred to open fermenters. Most of the grapes finish ferment in barrel, but some went straight  into stainless steel vessels. We don’t want oak to play the main role in this wine (or indeed any of our wines.) We do use some new oak barrels (these impart more toasty oak characters), but use mainly old barriques and hogsheads (300 litres). We bottle approximately 12 months after harvesting the grapes.