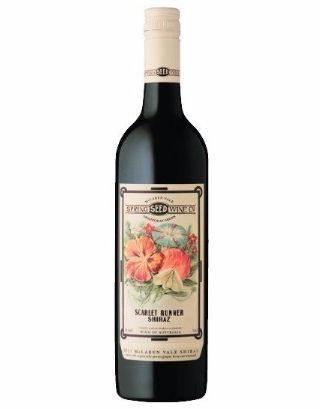 Big bright red and dark fruits on the nose, with damsons and blueberries too. The faint whiff of spice and black fruits on the nose go through to the palate, and a hint of chocolate reveal Scarlet Runner’s origins – these are classic McLaren Vale Shiraz descriptors. Fine grained tannins and a lovely persistence and length make this a super mid-weight wine ideal for drinking on its own on a cold night or matched with a hearty stew.

VINTAGE 2012: They’re all different, that’s for sure. Vintage 2012 was condensed into about 8 weeks from go to whoa which meant we had finished crushing all grapes by the end of March. Generally this state of affairs would only have transpired by the middle to end of April. Yields across all varieties were considerably down on average (from 15-40% in some varieties), but quality is very strong. We had cool conditions up until the end of February then some rain, which did not affect things too much as the whites were already picked and safely in the winery, and reds were unaffected. Joch’s prediction is that 2012 will be a great red wine year.

WINEMAKING: We used a mixture of open and small tank fermentation to make our Scarlet Runner Shiraz. We use a combination of old and new oak barrels to mature the wine in, comprising a mix of both French and American oak. We use about 10% new oak. McLaren Vale makes such bright vibrant Shiraz; we don’t want to smother it with oak. We really want this wine to be all about the fruit.