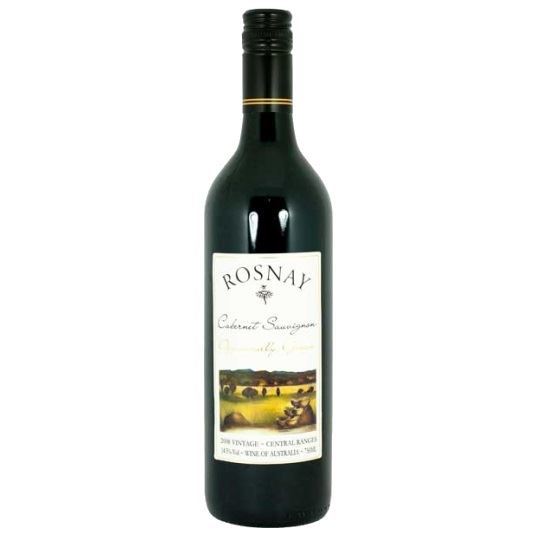 A total of 4 hectares of Cabernet Sauvignon is planted at Rosnay, on heavy clays on the lower slopes, to enhance the effect of the cool autumn night temperatures.

Organic and biodynamic methods are low input, and during drought the Cabernet yield was very low. No Rosnay Cabernet was made from 2009 to 2011 except for blending to produce the 2011 Triple Blend. This was mainly due to low yield, frost and drought. The 2012 Cabernet is probably the best vintage ever produced at Rosnay.

The making of the Rosnay Cabernet Sauvignon seeks elegance and finesse, rather than overpowering flavour and oak. It is lightly filtered and not fined with animal proteins, thus preserving complexity and flavour, and ageing ability. The 2008 vintage received many good reviews, and it is interesting to observe the improvement of the wine, from winning bronze medals initially, to silver in 2011 and finally a gold medal and trophy at the 2012 Cowra national Wine Show. It was judged as the second best in the open national class of Cabernet Sauvignon (65 competitors) and won the Greg Johnson Trophy for best local red wine of the show, and then it won the same trophy again in 2013.