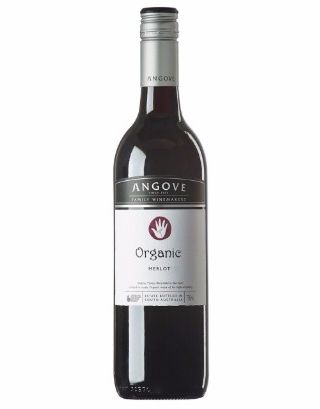 Raspberry and plum characters abound on the nose. An intriguing palate of dark red fruits is complemented by subtle use of oak to provide extra depth of character. Will go nicely with a pot roast with horseradish mashed potatoes or a vegetarian lasagne.

The grapes for this wine were sourced from Angove’s own Nanya Organic vineyard located in the vicinity of the township of Paringa. The soil is a relatively shallow red sandy loam over limestone, on top of a cliff overlooking the picturesque Murray River. The vines are mostly single cordon lower yielding vines, which the winemakers have noticed to be quite resilient in adverse conditions. Whether it is due to the organic practices being used or the site itself, the vineyard produces rich textural wines.

Vintage 2015 started early in all regions due to the warmer than average spring and a dry lead in to the ripening period. Many varieties were ready to harvest at the same time putting pressure on our vineyard teams. These conditions were welcome but highlighted the importance of well managed viticultural and irrigation practices. With exceptional care we were able to ride the heat spike that occurred in February and deliver first quality grapes to the winery.