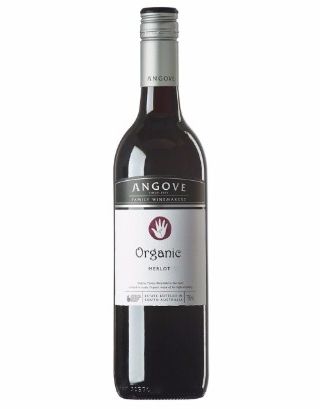 The nose is attractive with plum & raspberry characters. The palate shows a generous amount of complexity with dark red fruit, cinnamon spice and chocolate notes with well balanced oak. A decent length on the finish.

The grapes for this wine were sourced from Angove’s own Nanya Organic vineyard located in the vicinity of the township of Paringa. The soil is a relatively shallow red sandy loam over limestone, on top of a cliff overlooking the picturesque Murray River. The vines are mostly single cordon lower yielding vines, which the winemakers have noticed to be quite resilient in adverse conditions. Whether it is due to the organic practices being used or the site itself, the vineyard produces rich textural wines.

Vintage 2014 in the heartland of the Australian wine industry came with a rush after a cool Spring meant many varieties were slow to get started in their growing. As the weather warmed through January and February it all started happening and careful attention in the vineyard was needed to ensure picking occurred at peak flavour ripeness.