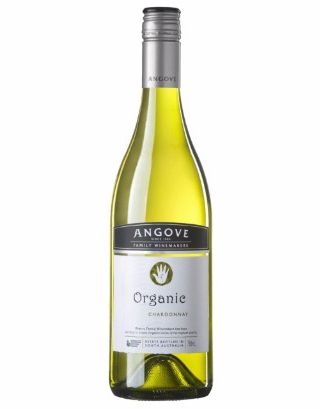 Aromas of white peach, citrus and melon flavours combine with savoury oak on the nose. On the palate the wine has a pleasing texture and good length with a clean finish. Good with grilled line caught seafood or organic free range roast chicken.

VINEYARD
Angove Organic Chardonnay is sourced from organically certified vineyards in the Riverland and McLaren Vale regions of South Australia. Vintage 2015 in most of Australia’s wine regions came with a rush after a dry Spring meant many varieties started their growing season at the same time. As the weather warmed through January and February it all started happening and careful attention in the vineyard was needed to ensure picking occurred at peak flavour ripeness.

WINEMAKING
Picked late at night to harvest the grapes as cold as possible the grapes were transported to the winery and pressed using modern membrane tank presses. After cold settling the clear juice was carefully racked to cooled fermentation tanks and inoculated with selected yeasts. Cool fermentation was followed by minimal handling filtration and bottling at the Angove winery.