It was in 1725 that Irishman Thomas Barton settled in Bordeaux to start his company, which is today the city’s oldest winehouse still in activity… His grandson Hugh teamed up with Frenchman Daniel Guestier and in 1802 their partnership became official. From the Chartrons area in the center of Bordeaux, barrels and bottles were loaded on board of ships that sailed via the Garonne river to numerous countries, starting with Ireland, England, Holland and the USA to reach over 130 countries at present. 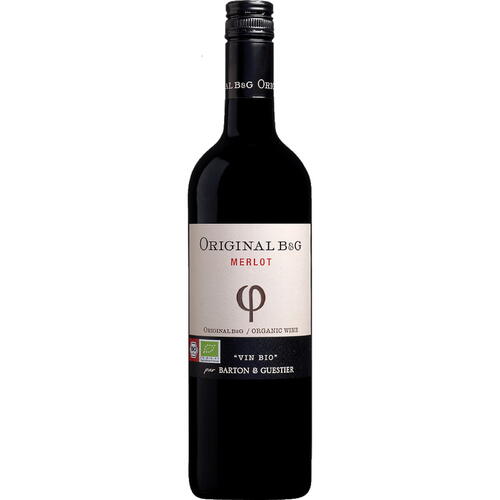 Grab yourself a bargain here with this Organic French dry-grown Merlot from IGP Pays d'Oc region. Intense, fruit-driven, mixing notes of wild strawberry, raspberry and cherry. A perfect balance on the palate with with r...